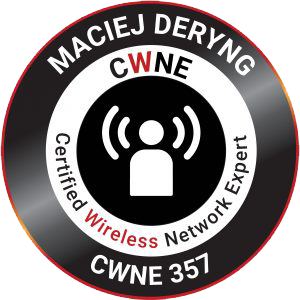 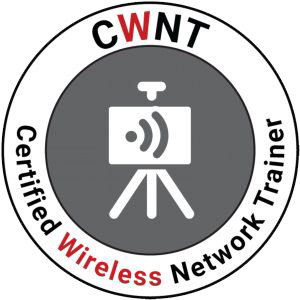 I totally enjoy webinaring, podcasting, blogging, training and consulting 🙂  And that’s exactly what we do with my fellow Ninja Matt!

It’s been quite a journey to get here!

After reaching every milestone of my career I thought “OK! Enough studies/exams/upskills/labs [<- pick your favourite], time to have some life”.

Graduated? Finally! Time to do nothing and earn loads. Jobs will find me now. All of them. Yeah. After a few weeks a reality has struck me in the face. No one is calling me. What’s wrong with you, headhunters?

Let’s do it! I thought. Started applying for senior admin roles. I’ve seen it all in my books! And CCNA R&S is surely enough. Wrong. After several more weeks (and a short journey around the world) I managed to land a job of my dreams. Graduate Systems Engineer. Hooray! I can pay my rent and save nothing. Happy days.

I quickly realised that papers don’t mean too much. With no experience I knew nothing. Even simplest admin tasks needed to be learned. Hands on was the key. Labs and projects. Getting involved. And most importantly, knowing what I didn’t know.

I can’t say I possessed even a high level understanding of so called ‘Infrastructure’. How certain elements clicked together. Understanding of RIP, OSPF with all different packet types that I will never need to remember, EIGRP and VLANs didn’t quite cut it 🙂 I wanted to understand where and how you integrate a firewall, why you would use a Nexus in a DC, present storage over network back to your host, what the virtualisation was about and how making a SIP call worked.

Almost 3 years as a grad followed by a few months in a networking team had thought me geek’s humility and allowed to smash most of the available CCNA exams, 2 out of 3 CCNP R&S exams and understand the correlation between different networking gears. Home lab at this point was quite serious, with 15+ switches, routers, proper ESXi, few VMs, Call Manager, Unity, ASA and several IP phones. There was one lacking element. I had no proper wireless!

And what a decision it was to join the team! Natilik was known mostly in a collaboration field. Our very small networking team was eager to gain some name both in and outside of the company. My lovely manager, Ian, has suggested that we should do some more stuff than just R&S and asked bluntly “who wants to specialise in wireless?”. Challenge accepted :] No one else volunteered anyway. CCNA Wireless was just the beginning. Wireless projects felt both fresh and challenging. I found it way more interesting than R&S or anything else that I’ve done before. Finally, spending some premium time with Jerome Henry’s wireless videos were more than enough to convert poor fat Mac to the dark side of the force.

More and more projects were coming in. Bigger, more interesting, more challenging. Weird designs for listed buildings overlooked by OCD purist-type architects that find APs ugly (for some reason) while having completely nothing against the emergency lights or AC ducts were keeping things amusing. Some projects were getting into ‘turbo challenging’ security field, way outside of my comfort zone. But you can’t tell your client that you’ve never really worked with ISE and PKI, while project scope involves multiple nodes, EAP-TLS, CWA against PSN in DMZ, custom Python scripts that updates local guest user passwords weekly via ISE API to present it on a local intranet through IIS, that I’ve also never seen, right? My knowledge gaps were huge. And nailing physical side of wireless was not even close to being enough. CCNP Wireless, where proper wireless tshooting and security topics were captured, was a next logical step. Together with a new lab. And CWNA, because why not!

Actually, I really enjoyed CWNA and even though I found it not as thorough as, let’s say, CCNA Wireless, I still felt that overall approach was right and that studies were focused on the ‘right things’ (vendor agnostic WiFi knowledge vs where to click on vendor dash). Additionally, everyone around me was generally supremely positive about CWNP, including hosts of my favourite ‘Clear To Send’ wireless blog, ECSE teacher Ferney, colleagues in the field, biggest industry legends and my wife. Joke. My wife has no clue what a CWNP is. Nevertheless, I’ve decided to pursue CWNE instead of CCIE Wireless.

Still, I felt I was just starting. After getting swamped with projects work in 2017 and 2018 we have decided to look for an addition to the wireless team at Natilik. Up to this point, it was just me! We have interviewed several candidates and not a single one could tell me the difference between CCI and ACI. Six months later, on the day of my holidays flight to a lovely yoga place in canaries, I have came across Matt’s CV 🙂 It looked OK-ish. To the point, where I decided it’s worth having a short meeting with him in the afternoon half way through between where we both lived. We’ve met in a pub on the hill overlooking a lovely lake. Romantic. It was a smashing interview over a pint of tomato juice with some ice 🙂 After chatting for 5 minutes, I knew that our mindsets were completely aligned. On the following day when I was in Fuerteventura, Matt has met our boss + execs, had an offer on his email on the same day and joined Natilik a month later. Our wireless team has never been stronger. And Matt knows the difference between CCI and ACI (but not much more). What a relief!

And that is just the beginning. We’ve completed first few projects together and one day, a week or two into his employment he has casually asked over a coffee if we shall start a wireless podcast. You don’t need to ask twice, maggot. Perfect timing, as after running GeekWiFi Blog I was already thinking about the podcast before he even asked! By the end of day we had a podcast name. Domain and a website were up a week later, followed by a first recording. That was the raise of the WiFi Ninjas Podcast! 🙂

I’ve also decided to kill my GeekWiFi wireless techie blog and move its content to the WiFi Ninjas. Matt has started writing and is smashing it like there is no tomorrow. Since we’re both blogging now, we thought joining our forces under a single brand that we love is the way to go. That’s how the WiFi Ninjas Blog has come to life!

It was a busy ‘transition’ period for my wife and I as we were in the middle of moving houses whilst she was pregnant. But it didn’t stop both Ninjas from getting all CWNP professional level exams by Q3 2019 and applying for the CWNE. By the end of Q4 2019 we were both honoured to get the CWNE badge!

In the middle of all this we have also started being active in the WiFi community (our UK Slack Group is amazing!) and speak at WiFi events plus test new things, interview more people and podcast and blog about it all.

In early 2020 we’ve switched our focus to the third branch of the WiFi Ninjas family – Training. We’ve head a chance to learn from the best in the industry and we both feel there is no better way to learn than to teach.

Everything we have done in our professional lives has led us to where we are now – we have just (Oct 2021) joined team Ekahau, where we will look after the ECSE programme, host Ekahau webinars, proudly represent the company we adore on the major conferences, write and record even more content and constantly challenge ourselves aiming to raise the bar in all we do!

Outside of wireless I love sailing and are getting more and more into yoga with my lovely wife Magdalena and son Julian.